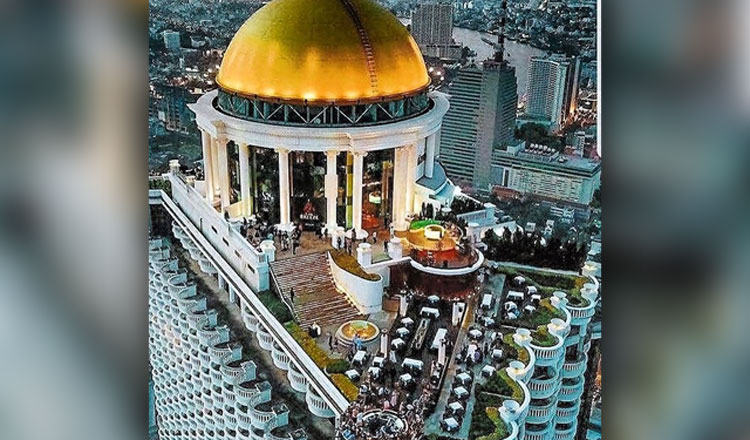 Cambodia is among several countries in Southeast Asia where Lebua Hotels and Resorts is planning to expand its operations.

Travel industry news site Skift reported this week that the Thailand-headquartered luxury hotel and restaurant operator is planning for a public listing either in Bangkok or Singapore in preparation for its eventual expansion into other parts of the region.

The listing process is expected to be completed in a year or two.

The same report listed Vietnam, Laos and Cambodia as the likely destinations for future investments outside Thailand.

In addition to its five-star hotel in Bangkok, Lebua Hotels and Resorts also has two luxury properties in India and another one in New Zealand. The company will open two more hotels in India next year.

“The listing will fund expansion into emerging Indochina markets Cambodia, Myanmar, Laos and Vietnam, for which Thailand will always stay as the hub because of the geographical location,” Lebua CEO Deepak Ohri was quoted as saying in the report.

Mr Ohri said they will bring something new that will suit each of the aforementioned countries.

“We will be offering different concepts to suit the CMLV [Cambodia, Myanmar, Laos and Vietnam] markets. Imagine a boat with a day club in Halong Bay. Boutique hotels with around 80 rooms in special locations. We’ll be choosing our locations carefully. And everything we do will be done with sustainable building materials,” he said in the Skift report. “There’s a lot to be done in CMLV.”

The plan to build luxury accommodations in adventure destinations would be timely, especially in Cambodia, where the government and the private sector are pushing to establish more ecotourism destinations.

The Kingdom’s rapid economic and tourism growth is leading many foreign hotel brands to expand or establish plans to enter the Cambodian market.

Meanwhile, Hilton and Yoo Hotels are among the prominent names that are planning to establish a foothold in Cambodia.