Thailand’s energy sector has come under increasing pressure in recent years. Rising energy prices as a result of economic growth, inflation and the removal of distorting subsidies have sparked public unrest.

Continued economic growth has also raised question marks over energy security: over the last 25 years, energy consumption has grown at 6.2 per cent a year while, in contrast, Thailand’s reserves of oil and gas have been declining. These increases in energy consumption have brought concomitant concerns about sustainability, as carbon emissions increase apace; they rose at 3 per cent per year in the period 2004-2008.

The growing challenges of the affordability, security and sustainability of the energy sector are of particular concern at a time when Thailand’s competitiveness is of fundamental importance. The formation of the Asean Economic Community (AEC) in 2015 will create a single market. The expanded production base will accelerate economic development for the ten member states. As a bloc of countries the AEC will form the world’s 8th-largest economy, with a combined GDP of US$1.9 trillion projected for 2020. At the same time the AEC will open up a new wave of competition that threatens to erode the advantages of incumbent players in the energy sector. Opportunities therefore abound, but so too do risks.

A new report, “New Energy Architecture: Thailand”, produced by the World Economic Forum in collaboration with Accenture and the Thailand’s Energy Ministry, looks at how Thailand can both prepare for, and promote, Asean energy integration. We explore how the country can address the challenges of its current system, in order to stave off competitive threats, while leveraging its strengths, in order to accrue economic benefits from integration.

This process will be by no means straightforward, and requires critical decisions and trade-offs to be made. The fuel mix is a good example. Through the Alternative Energy Development Plan (AEDP) 2012-21 the Energy Ministry has created a roadmap for the development of the renewables sector. It could drive a significant shift in both the power generation and transportation sectors. But ambitious targets and policies do not necessarily lead to success on the ground. To implement the AEDP a set of support mechanisms is required, including such measures as an updated version of the “adder” premium payment; closer regulation of independent power providers; coordinated transmission-generation planning and the adoption of “smart” technologies. In addition government support for research and development of new and emerging technologies is needed. All of this comes at a cost, and therein lies the trade-off: while an enhanced renewables sector will support greater sustainability and security, in the short-to-medium term it may well result in higher energy prices, unless it is accompanied by energy efficiency measures. But this is not unique to the renewables sector – there are trade-offs to be made in the use of all fuel types. Accordingly, to create effective supply-side solutions decision-makers must assess what fuel mix best achieves their objectives, and whether the trade-offs that it entails are palatable.

Consumers equally need to understand why it is necessary to expand energy capacity, and which trade-offs are involved in energy policy formation. In recent years, energy issues have risen in the global public consciousness. Events such as the Deepwater Horizon oil spill and the Fukushima incident, alongside continuing climate change, have caused growing concern about the impact of the energy sector. Consumers are increasingly voicing their concerns, as part of a process of the democratisation of energy.

In Thailand, this is evident in growing public opposition to the construction of new power-plants, as seen in anti-coal protests in Prachuap Khiri Khan and anti-nuclear protests in Surat Thani and Kalasin provinces. But the subsequent delays and project cancellations threaten to hinder the country’s ability to expand the supplies it drastically needs. As one senior official pointed out: “We may have to wait for blackouts for people to realise that we need new power-plants.” Again here a trade-off is clear: infrastructure build-out comes with a cost for the environment, but every new power-plant increases security and supports further economic growth.

Policymakers in Thailand need to explain the costs and benefits of building a new energy architecture to their citizens in order to garner the necessary support and acceptance. The private sector, too, has a responsibility to make the downsides of energy investment transparent. The best way to achieve that is by boosting energy literacy and to engage in an open debate about the difficult choices ahead. 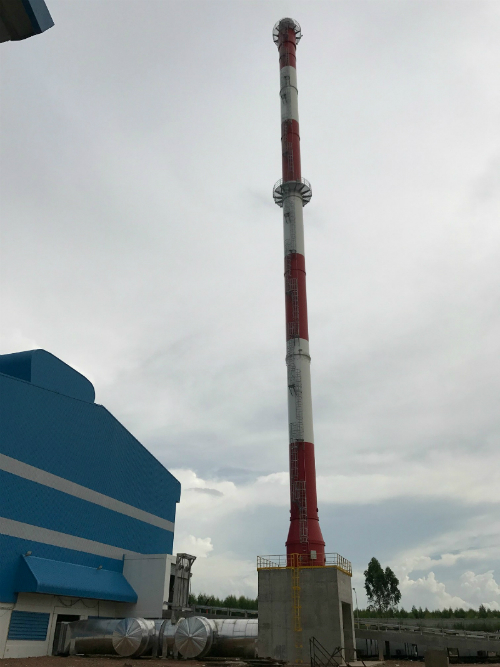